Announcement of the death of the former Dean of Winchester 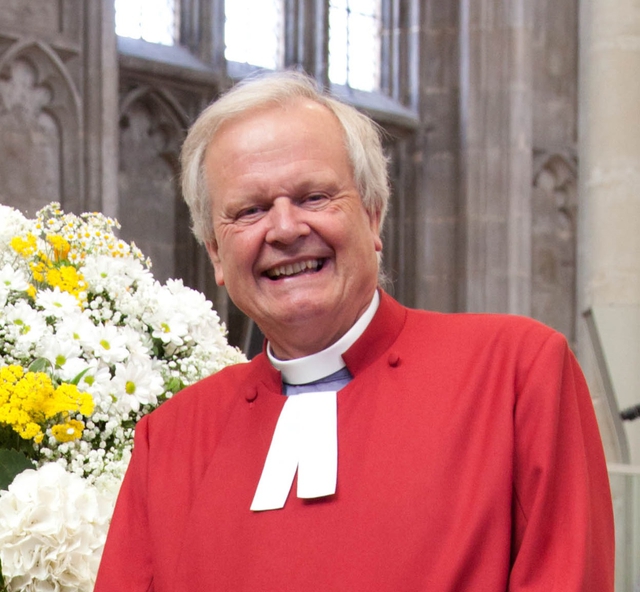 On Saturday 12 December, Winchester Cathedral announced the death of the former Dean of Winchester, the Very Reverend James Atwell. James passed away at home in Cambridge, with his family, following a short illness.

The Very Reverend James Atwell served as Dean of Winchester for 10 years from 2006 to his retirement in June 2016. He oversaw many changes at Winchester Cathedral including a major restoration programme, to increase visitor numbers and the ministry of the Cathedral, and the Winchester Cathedral Christmas Market.

James was educated at Harvard University and Exeter College, Oxford. He completed ordination Training in 1968 at Cuddesdon College and was ordained to the Priesthood in 1971, serving his curacy in both Dulwich and Cambridge. During his early ministry, James worked as a University Chaplain and held an incumbency post in Towcester. Prior to becoming Dean of Winchester, James was Provost and Dean of St Edmondsbury and Ipswich between 1995 and 2006.

Bishop Tim offers his sympathies to the family of the former Dean and shares his memories of working with James in the Diocese of Winchester:

“I am saddened to hear of the death of the Very Reverend James Atwell. His passion for Winchester Cathedral, love for pastoral ministry in the community and commitment to follow the Lord was an encouragement to many. It was a great pleasure to work alongside James during his time as Dean of Winchester. Lorna and the rest of his family and friends are in my thoughts and prayers. May the Lord comfort and bless them, particularly over the Christmas period.”

A funeral will be held at Winchester Cathedral and live streamed online. The details of the service will be shared in the coming weeks.