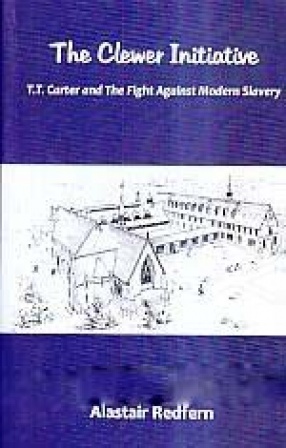 The Clewer Initiative: T.T. Carter and The Fight Against Modern Slavery

The growth of modern slavery provides a stark challenge to the mission of the Christian Gospel. The needs of the most oppressed are the litmus test of whether or not the Church has Good News for the society in which it is set. This book highlights an encouraging sign in the creation of the Clewer Initiative in the Church of England – a project of primary mission based upon partnership with others. The values and methods for putting the victims of this evil crime at the centre of a co-ordinated response are highlighted by an examination of the work and teaching of T.T. Carter, and the founding of the Community of St John Baptist at Clewer in the nineteenth century. These lessons in Christian witness, church practice and partnership working offer ways of reaching out to those in such terrible need, and pointers for the meaning of mission today. 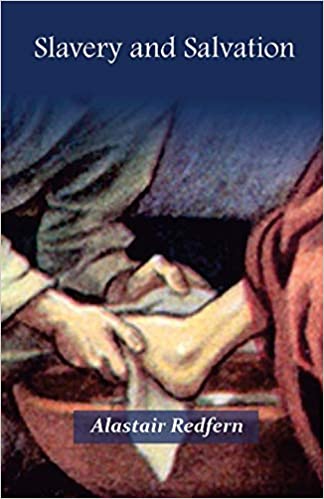 This book explores the challenge to consumers, citizens and victims – both to recognise our capacity for richer ways of caring for each other, and to discover the ways in which the Christian Gospel becomes Good News through its tangible effects on the exploited and unnoticed.

Bakhita: From Slave to Saint

In 1948 Aurora Marin arrives with her family at the convent of the Canossian Sisters of Schio, Italy, where Sister Bakhita has just died. Aurora was hoping to see her before she died. She gathers her children around the picture of Bakhita and tells them of the incredible life of the woman that had raised her as her nanny. Born in a village in Sudan, kidnapped by slavers, often beaten and abused, and later sold to Federico Marin, a Venetian merchant, Bakhita then came to Italy and became the nanny servant of Federico’s daughter, Aurora, who had lost her mother at birth. She is treated as an outcast by the peasants and the other servants due to her black skin and African background, but Bakhita is kind and generous to others. Bakhita gradually comes closer to God with the help of the kind village priest, and embraces the Catholic faith. She requests to join the order of Canossian sisters, but Marin doesn’t want to give her up as his servant, treating her almost as his property. This leads to a moving court case that raised an uproar which impacts Bakhita’s freedom and ultimate decision to become a nun. Pope John Paul II declared her a saint in the year 2000.

Stolen Lives examines trafficking and slavery in Britain, hearing from those on the front line, including the police and charities involved with support and recovery. Powerful and moving testimony from survivors reveals the individual stories behind the headlines and charts one young woman's terrifying and ultimately inspiring journey to freedom and independence. Finally, it shows us what we can do to make a difference. 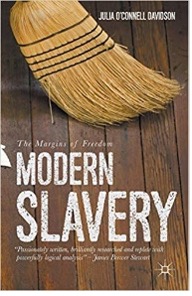 Modern Slavery: The Margins of Freedom

Providing a unique critical perspective to debates on slavery, this book brings the literature on transatlantic slavery into dialogue with research on informal sector labour, child labour, migration, debt, prisoners, and sex work in the contemporary world in order to challenge popular and policy discourse on modern slavery. 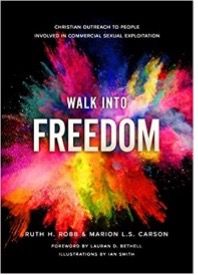 Walk into Freedom is a practical manual for Christians who want to enable people to leave commercial sexual exploitation. The result of decades of experience, it will guide you through the stages of building up a ministry, from initial street outreach to establishing a charity. Grounded in Biblical teaching throughout, it provides essential training material on teamwork, health, trauma, addiction and recovery, exiting, discipleship and spirituality.

Human Trafficking, The Bible and the Church: An Interdisciplinary Study

Whilst the philosophical battle against slavery might have been won, human trafficking is very much a problem for our time and continues to spark rigorous debate amongst Christians wrestling with what God’s justice might look like today. Can the Bible, whose teaching on slavery is so at odds with our contemporary worldview, inform efforts to end human trafficking, and if so, how? In Human Trafficking, the Bible, and the Church, Marion Carson offers a profound, interdisciplinary account of how Christians have engaged with slavery in the past, and how they might respond in the future. Whilst rigorously scholarly and painstakingly researched, this is at the same time a highly readable book that will refresh our own understanding and help shape our responsibility to bring about change.

Somaly Mam was born in the forests of Cambodia in the early 1970’s and sold into sexual slavery by her “grandfather” before she was even twelve years old. Maria Suarez came to America from Mexico when she was fifteen with her family. She went on a job interview to be a maid. When she got inside, her “interviewer” locked the door and told her he owned her body from that moment on. Minh Dang was born in San Jose, California. Her house was always neat and there were bright rose bushes in her front yard. Nobody knew that behind closed doors her parents were raping and abusing her from the time she was three years old. Soon they started selling her body to neighbours as well. These three women could easily have been voiceless victims, lost to the horrors of their own histories. Instead, they not only fought their way out of sexual slavery, they have each become leading advocates and activists in the anti-trafficking movement. Somaly Mam began her work simply, by supplying condoms and soap to the enslaved girls. Soon she was taking girls into her own home and helping them learn a trade. Eventually, a foundation was born where young women, rescued from the sex trade, could begin new lives for themselves. Maria is a counselor for abused women in California and speaks all over the globe about her experiences and empowering women to speak out for their rights. She is also busy starting the Maria Suarez Foundation, dedicated to Prevention, Rescue and Restoration of survivors. Minh is getting her Master’s in social work and is currently director of Don’t Sell Bodies, with actress Jada Pinkett Smith. Minh writes and speaks internationally about what it's like to be a survivor and learn how to love for the first time fearlessly. Breaking Free: True Stories of Girls Who Escaped Modern Slavery, by award-winning author Abby Sher, recounts these women’s incredible journeys from sex slave to survivor to saviour

The book delves even deeper into the horrors of human trafficking, which is receiving so much attention from the media these days. With help from Somaly, Maria, Minh, and many other survivors and counsellors, Sher tells the riveting story of what it means to be liberated from sexual trafficking and find the trust and conviction to help educate new survivors. It sends the powerful message that, even in the most tragic circumstances, the unwavering hope and compassion of the human spirit will still shine through.

The Modern Slavery Agenda: Policy, Politics and Practice in the UK

Modern slavery, in the form of labour exploitation, domestic servitude, sexual trafficking, child labour and cannabis farming, is still growing in the UK and industrialised countries, despite the introduction of laws to try to stem it. This hugely topical book is the first to assess the legislation critically, using evidence from across the field, and to offer strategies for improvement in policy and practice. The book argues that, contrary to its claims to be ‘world-leading’, the Modern Slavery Act is inconsistent, inadequate and punitive, and that the UK government, through its labour market and immigration policies, is actually creating the conditions for slavery to be promoted.

This book is a collection of modern-day slave narratives. It marks the reemergence of a narrative genre that many of us thought had died with the last of the survivors of legal slavery in the Americas. Slavery unfortunately did not end with its abolition in any country in the world. Instead, it went underground. It often operates under different and more obscure names, such as conscription, trafficking, peonage. But the basic elements of slavery – the forced labor, the lack of pay, the inability to escape – remain the same. And the drive to tell the story of slavery remains as strong.